Obsessions I really don't need to have

... and am currently resisting (for the most part)

I'm listening to a somewhat distressing book called Desperate Journeys which is litany of people having a seriously bad time of things. It's a collection of true stories about being marooned, lost, cast away and being nice enough to write about it (whether or not they survived the ordeal). I'm going to have to keep this book in mind when I find myself on one of my own misadventures as I like my misadventures to have a way out. You will not see me on an "Into the Wild" type of adventure, as that has no allure. (And I'm always asking people (let's be honest: men) about the attraction of tossing most of your possessions away and trying to live life as a hunter gatherer in the wilderness.)

But I do have this thing about remote places particularly mountains and islands and Desperate Journey's is full of remote islands. If I could afford it I would love to go explore every single obscure island that I could get to. 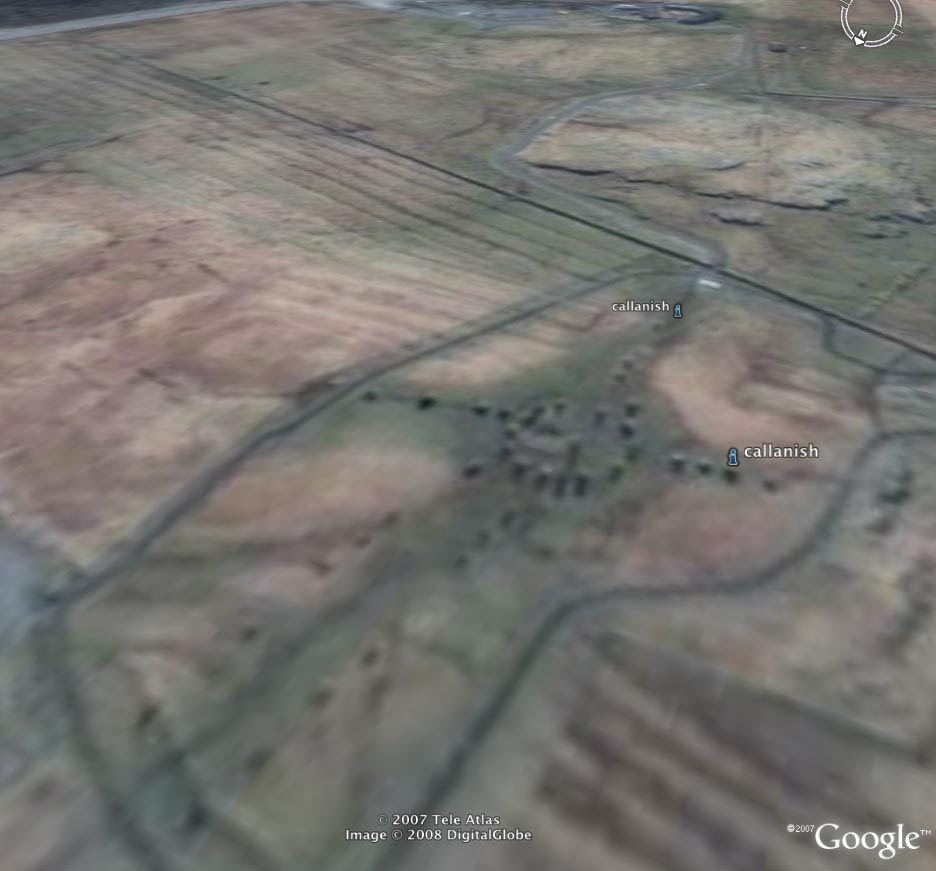 I have been to Orkney and Lewis (in Scotland) to look at stone circles and monuments. That's an obsession I allow myself as while you're trying to go to the ends of the earth there will at least be something to see and speculate about. On Lewis are the Callanish Stones (pictured) and while Google Earth photography has gotten miles better, you really have to see them in person.

Some islands have nothing on them which is actually kinda sad. Islands are supposed to have something special about them - that's the allure. But the reality is that they're just as often accidental pieces of exposed ocean floor such as the paradise turned ecological disaster area nation of Nauru is and many a Hawaiian atoll.
Posted by Ellen at 4:25 PM