I went again to Briones Regional Park which was so much nicer that it was two weeks ago.

I was cold enough there that at that time I didn't complete the hike.

This time I did the full loop and then some because I missed the turn for home and overshot by a mile (literally). 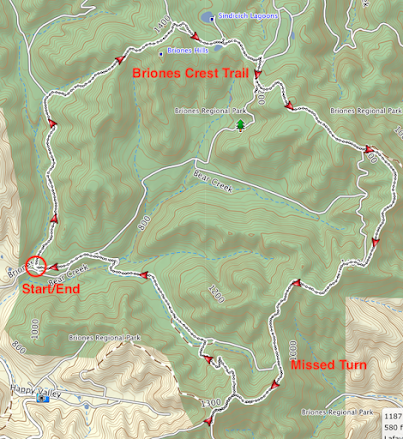 How I managed to miss the turn is a series of errors that I'll fill in further down.
The park is a lovely green already. 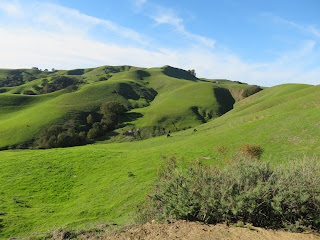 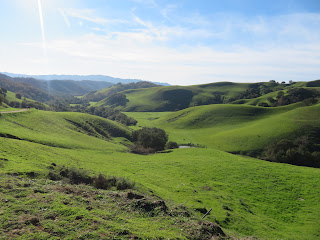 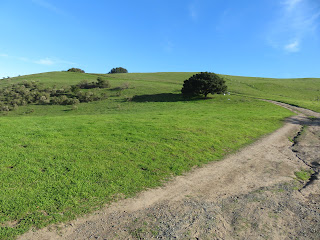 I also have a new toy, a GoPro Hero 10. It eats disk space like there's a famine, so I'm tuning it to more acceptable settings that will still work.
Here's how I managed to add a mile to my itinerary.
While I wasn't paying attention my All Trails map turned 90 degrees. I noticed this but didn't fix it as the moment as I didn't think it mattered right then. This was mistake #1. 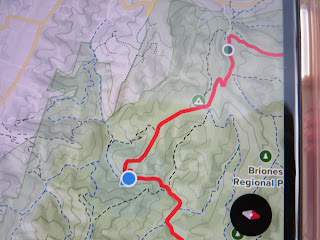 The reason it was a mistake was from this view it implied that all I had to do was keep going straight when in reality I needed to turn right.
As a result I walked right by my turn thinking that I still needed to stay on Briones Crest Trail, instead of turning right on Seaborg Trail. This was mistake #2 - not memorizing the name of the last trail. 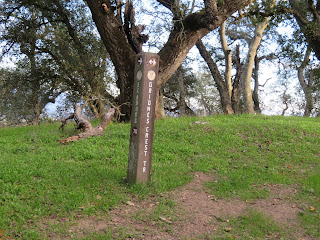 It took a little while but I finally realized I was off course.

What I should have done was turn around, but in honor of classic mistakes I thought I could fix it by just continuing and taking the next trail.
As a result, things continued to get worse, and dusk is only about 30 min away and sub-mistake #3 was I had not brought my Jackery backup battery and was down to 10% phone charge. In my defense I did have a paper map with me. 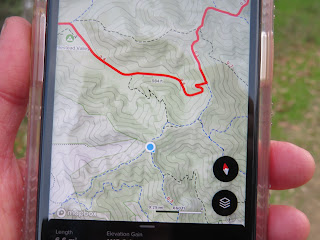 Indications that things weren't going smoothly is that a hiker I encountered were coming up from the Happy Valley trailhead and not Bear Valley. She and I decided that it was probably best to turn around, go back over Russell Peak (you can't tell it's a peak), and then down Boogie Trail. 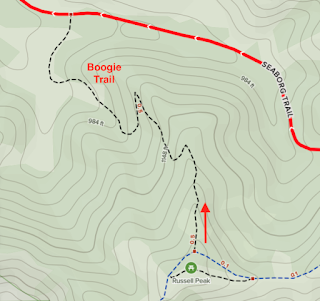 The fates weren't quite done with me as right at the beginning of the trail there was a "trailed closed" sign. Heck with that. I was on foot at the trail was fine (well just ok) for a hiker, but not real good for a bike, It was also steep in places and had some  potential wrong turns. Within a few minutes I was down and just had to cross the creek at the bottom which had no real water in it. This is a photo of climbing up the bank of the stream. 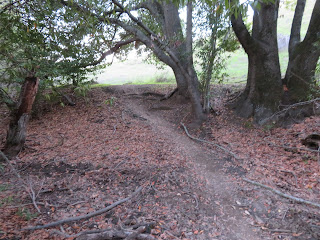 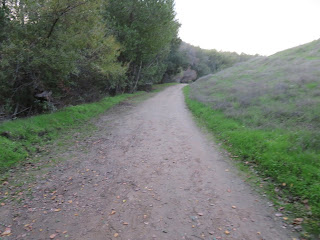 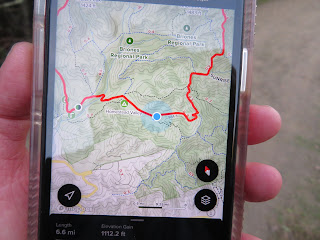 And then it was a race the clock walk back to the car. 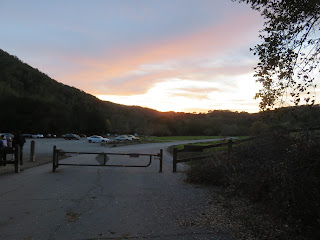 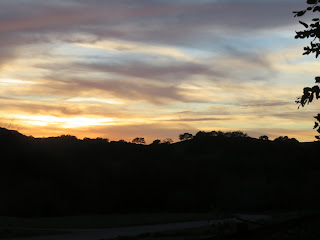 Briones is a beautiful park in winter time. Here is a larger photo of it. 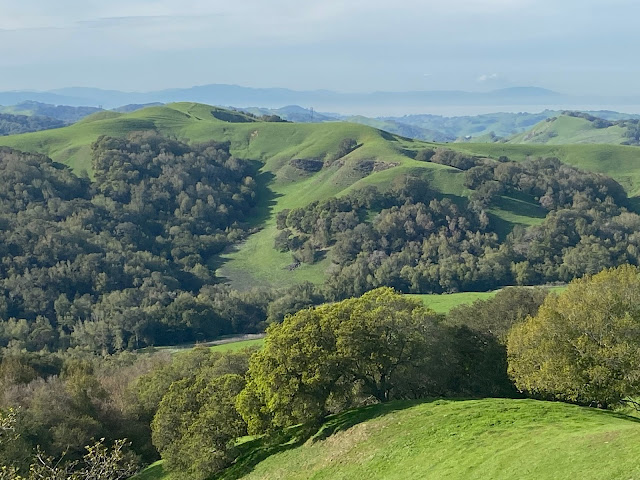